In 2001, just as I was about to take over as Medical Director of Primary Care at the University of Chicago, I expressed reservations to a previous Director about my ability to run a clinic that included several clinicians who were not only older than I but who had actually been my teachers ten years earlier. What she said in response did more to shape my tenure as Director over the next seven years than any other advice I ever received: “What people really want,” she told me, “is leadership.”

We all want our doctors to be “the best” (if such an animal exists); we want our nannies to convince us our children are safe with them; we want our friends to give us sage advice and support that makes us feel as if we can do it (whatever “it” may be); we want waiters and waitresses to give us great recommendations about what to eat (“leading the table” my wife, the foodie, calls it). In short, we all want our lives to be populated with great leaders. Not people who tell us what to do but people with our best interests in mind who guide us expertly—even when we think we don’t (as toddlers actually want their parents to lead them even as they protest being denied their wants).

Which means we all have the ability to provide leadership in some way: as professionals, as parents, as spouses, and as friends. To find a reason to want to lead we only need remember that when we provide leadership, we create value. And value creation creates happiness. Few things bring as much satisfaction as a job well done.

All people in formal leadership positions, myself included, occasionally look around in the middle of whatever they’re leading and wonder to themselves why anyone would let them be in charge of anything (“I mean, I’m just a kid…”). And yet what I’ve learned from being a leader is not only that absolutely anyone can provide leadership, but that the attributes that make a great leader in a formal, corporate setting also make a great leader in life.

In my view, then, to be a great leader you must:

Prior to my becoming the Director of Primary Care, I couldn’t really have said why the quality of the leadership in an organization actually mattered, thinking as I did that the people on the front lines were the ones who did most of the real work. Though I still believe that to be true, I now understand that without quality leadership the environment in which those front line people perform will often become poisoned, sometimes dramatically impairing the quality of their work. The only antidote available for the poison of a poor leader (other than replacing him) will then be the quality of the leadership of the front line people themselves. I was reminded of thatlesson every time I made a poor decision and learned I was actually leading a group people who were far better leaders than I. 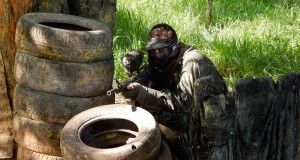 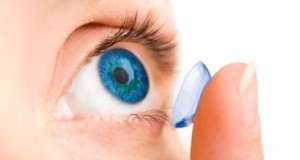